The  volcanic lava rocks  for gas barbecues are one of the best selling accessories and useful grills . These lava stones are perfect to preserve the great temperatures that are generated in the gas burner, making more efficient use of fuel and avoiding waste of energy.

It may be the first time you read about volcanic roasting stones, but it's nothing new. The use of this type of stones is as old as the first  homo sapiens  who already knew very well what they were doing at the time.

The volcanic stones for barbecue are an  excellent material that absorbs, maintains and reflects the heat . A very useful features to optimize the operation of a gas barbecue.

In addition, there is a wide range of volcanic stone barbecues specially designed for this function on the market. We are sure that it will be very easy to find a good online offer of this type of grills.

What are volcanic lava barbecue stones?

The lava stones for barbecues are responsible for  absorbing the heat of gas burners and distributing it evenly through the grill  and food.

As its name suggests, volcanic lava stones are a set of stones  that form after the cooling of lava  on the surface of the earth or magma, if the cooling occurs at depth.

The use of lava stones for gas barbecues is very frequent because it gives these grills some of the characteristics of their "colleagues", the coal barbecues.

The great advantage of volcanic stones for cooking in gas barbecues is the  smoking  they create. The fat from the meat or fish that is on the grill drips on the lava stones, which are at very high temperatures.

When the fat touches the rocks it evaporates thanks to the heat and the smoke that will give that barbecue flavor to the food is generated . Taking into account that the absence of smoked flavor of meat is one of the disadvantages of gas grills, buying some simple stones for barbecue the problem is solved.

The volcanic stones for roasting meat are porous materials with small holes that make them an excellent product to contain the heat and distribute it evenly throughout your grill. With these stones, the heat will arrive where the flames could never do it.

How does a gas barbecue and volcanic stone work?

Using lava stones in your gas grill is really simple . You only need a bag of volcanic stones and a metal surface the size of your barbecue, where you will place your stones. This tray can be included in your grill, if you are going to buy a volcanic stone barbecue or you will have to buy it separately if you already have a gas barbecue without this extra.

We explain how to make a volcanic stone barbecue step by step:

In general, we could say that  using volcanic rock on your grill works just like any gas barbecues , with the added detail of the stones.

Once finished the barbecue, you can choose to pick up the volcanic stones or leave them on the tray until the next meal. If you decide to leave them in the tray,  remember to flip them every 2 or 3 uses.

Advantages of using volcanic stones in your BBQ

You will already be imagining the multiple benefits of buying lava stones for your gas barbecues.

Gas-fired volcanic stone barbecues are the same as gas grills, with their butane gas burners as the main fuel, but with the added bonus of being prepared to hold lava rocks.

Many buyers think that this type of barbecues is the best , since even the rapidity of the volcanic gas barbecues with the smoked flavor of the coal barbecues.

If you wonder  how a gas and volcanic rock barbecue works , it is very simple, it works just like any other gas grill and  we explain it to you  here .

Basically, they work like a ceramic hob at home. Turn on the barbecue by pressing the red button (see image) and then turn on the gas burners with the handles, being able to regulate its temperature. The barbecue stones are arranged in a tray over the burners, and ... that's it! Easy, huh?

There is a wide range of volcanic gas barbecues on the market . In many online stores you can find great offers and discounts if you are looking for a little. Buying a cheap volcanic stone barbecue is possible.

We recommend you read our opinion on these two gas grills:

The stone barbecues with the best opinions are from the  brands Campigaz, Bentley, Tepro and Sochez.  Next, we leave you a selection of the best selling gas stone grills.  The best lava stone barbecues :

How long are the lava stones?

A sack of  volcanic stones  can last between 1 and 2 years , depending on whether you make light or intensive use of your barbecue. This great durability makes them a very economical element of your barbecue, compared to other types of alternatives available.

The price of a sack of lava stones is very cheap . In general, you can find packages of 3kg between 10 and 15 €.

You will know that you have to buy new volcanic stones when they are easily broken when they have a greasy odor that is not removed when cleaning them. If you want to last longer, remember to close the lid when you do not use the barbecue to minimize the humidity in your environment.

Never put the stones in water , or in any other liquid, if you do not want them to crack and break.

Alternatives to lava stones for barbecues

If using volcanic stones on your gas grill does not convince you, there are other alternatives at your disposal. In particular, you can opt for volcanic stone plates and ceramic plates for barbecues. The choice is yours.

An alternative very similar to lava stones are the  volcanic stone plates for barbecues . Its composition is identical to that of the stones, its only  difference is the format .

Another alternative is the use of  ceramic plates  for barbecues. Ceramic performs the same function as lava stones : absorb, maintain and project heat. When put on the gas burners, it will heat up at high temperatures and when the fat of the roasted foods falls on it, they will evaporate and create the desired smoke.

It is a mixture between the volcanic stones and the ceramic plate . The  ceramic briquettes  are a very common lava stones for alternative gas barbecues.

The operation is the same as that of the stones and plates that have been previously mentioned. The ceramic briquettes have a high durability and are cleaned in the same way as lava stones.

Where to buy volcanic stone for barbecue? 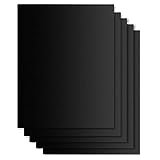 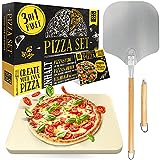 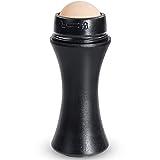 This section is the easiest of all, you can buy volcanic stone for gas barbecues in almost any mall, DIY store and online store. We are sure you will find lava stones in Lidl, Leroy Merlin, Bricomart , AKI and Carrefour . These large surfaces have all the barbecue products you need.

We, in particular, are very fan of buying in online stores . In particular, our favorite is Amazon, for its speed, guarantees and, above all, why you do not have to leave home!

How to keep the embers of a barbecue

How to light a gas barbecue?

Campingaz Expert Plus, the most powerful volcanic stone barbecue

Tacos of meat to the barbecue flavor to chelada

Grilling Salmon: This Is How It Works

How to clean a rusty barbecue

How to clean a brick barbecue

How to clean a charcoal barbecue

Thebestbarbecues.com participates in the Amazon.com, amazon.de and amazon.es Affiliate Program. All purchases and payments are made through Amazon's secure platform which generates a commission for us.